How to Fix a Toilet that Won’t Flush

There are few things more annoying than a toilet that won’t flush properly. What’s worse is that it can be incredibly frustrating trying to identify the cause — especially if you don’t know what to look for.

The good news is that a toilet that won’t flush doesn’t necessarily indicate a serious plumbing problem. In fact, there’s a good chance you’ll be able to fix the issue without much fuss.

Read on to learn some of the most common reasons your toilet won’t flush, and how to resolve the problem on your own.

If your toilet isn’t flushing all the way, it’s most likely due to one of the following problems:

There are a number of possible scenarios as to why your toilet won’t flush, but not to worry — we’ll explain these four issues and how to solve them below.

If you decide you don’t want to be the handyman on this occasion, let Plunger take care of it for you! With over 20 years of experience, our professional plumbing technicians have been keeping things flowing smoothly throughout the whole of London for some time. 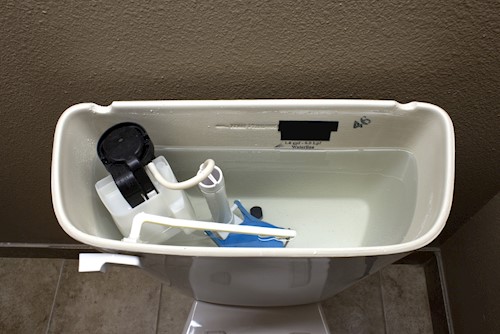 1) The Water Level in the Tank Is Too Low

Your toilet requires a lot of water delivered quickly to produce a successful flush. But if the water level in your toilet tank is too low, it won’t release as much water as it should when you flush it. This can cause a whole host of problems, including a weak flush.

How you can fix it:

If you’ve checked and determined the water level is too low, you’ll want to adjust your float. Different toilets use different components to set the tank’s water level, but most floats are small round balls connected directly to the fill valve.

To raise the water level, try making a slight upwards bend in the float arm. The higher the position of the float ball, the more water will be allowed in the tank. 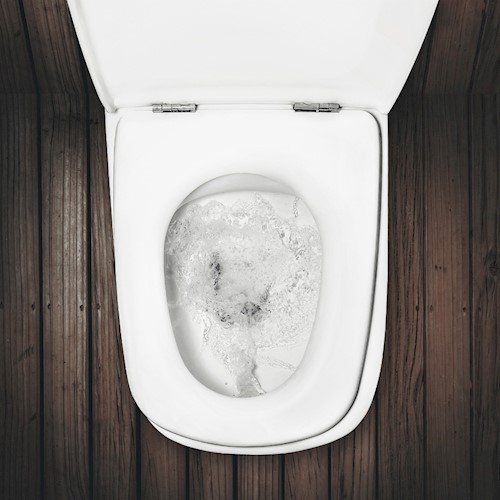 2) THERE’S A PROBLEM WITH YOUR FLAPPER

One of the most common causes for this problem — and one of the easiest to fix — is a poorly seated flapper (also known as a running toilet). The rubber flapper is designed to open and release water into the toilet bowl when the toilet is flushed, and it then covers the opening to allow the tank to refill. However, if no water comes into the bowl when you push the handle, it could be that the flapper is not rightly seated.

Remove the cover of the toilet tank and locate the flapper at the bottom of the tank. If it’s not seated completely over the opening, re-seat it. Alternatively, if you notice the rubber flapper has deteriorated or is too damaged to seal the flush tube hole, you’ll need to replace it.

Luckily, flappers are inexpensive and simple to swap out yourself. Turn off the water to the toilet while changing to a new one, and then try flushing again to check whether the problem is resolved. 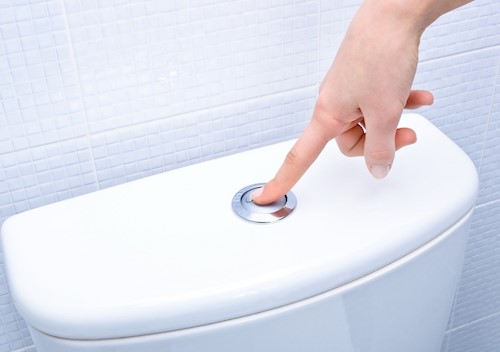 If the toilet doesn’t flush completely unless you hold the handle down, it’s likely caused by too much slack in the lift chain (a component that connects the flush lever to the flapper). When the chain has too much slack, it can’t lift the flapper high enough to allow the full amount of water to flow through the flush valve — which means it won’t produce a full flush.

To solve this problem, remove the lid from the tank and turn off the water supply running to your toilet. Then, simply remove the chain and re-attach it to a hole that’s closer to the flush lever. Once it’s in place, turn the water to the toilet back on and test that it works by flushing. If it doesn’t seem to be working correctly, try adjusting the slack in the chain again. If the chain appears to be rusty or broken, it should be completely replaced. 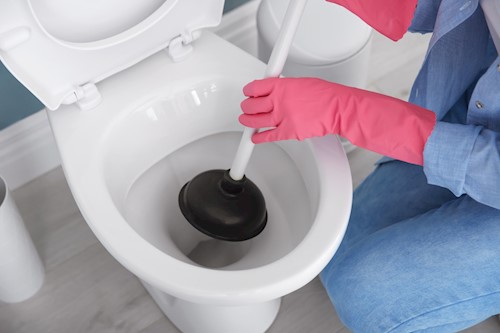 4) THE TOILET IS CLOGGED

Using too much toilet paper, or attempting to flush anything other than toilet paper, can clog the system and prevent water from fully flushing down the toilet. Additionally, waste and other debris can cause partial clogs in the toilet pipes over time. While these clogs may not stop water flow completely, they can slow it down significantly. So, if you’re dealing with an incomplete flush or an excessively weak flush, a blockage in the pipe could be the culprit.

If you’re wondering how to clear a blocked toilet, we’ve got you covered! As you may have guessed, it’s best to start by plunging your toilet. Try using a flange plunger to plunge your toilet for at least 10 to 15 seconds. Then, flush the toilet again and see if you notice any improvement. Partial clogs can be quite stubborn, so you may have to repeat the plunging two or three times. If you haven’t had any luck after three plunging attempts, it’s time to try another method.

Next, we’d recommend you try turning off the toilet’s water, flushing it, and then adding hot water to the bowl. Let the hot water sit for a few minutes, and then flush it again. If your toilet still isn’t flushing completely after this, there may be a clog deeper in the pipes. In that case, it’s best to pass the problem off to an expert.

WHEN IN DOUBT, CALL IN THE EXPERTS!

Whatever issue is preventing your flush, remember that you don't have to solve it on your own. Our professional and courteous plumbers are available 24 hours a day, 7 days a week, and we can be at your home, office or commercial property faster than you can say "All cisterns go!"

Not only that, but we also offer upfront fixed pricing so you always know exactly what to expect from the get-go.

No job is too big or too small for Plunger, book a plumber online now.